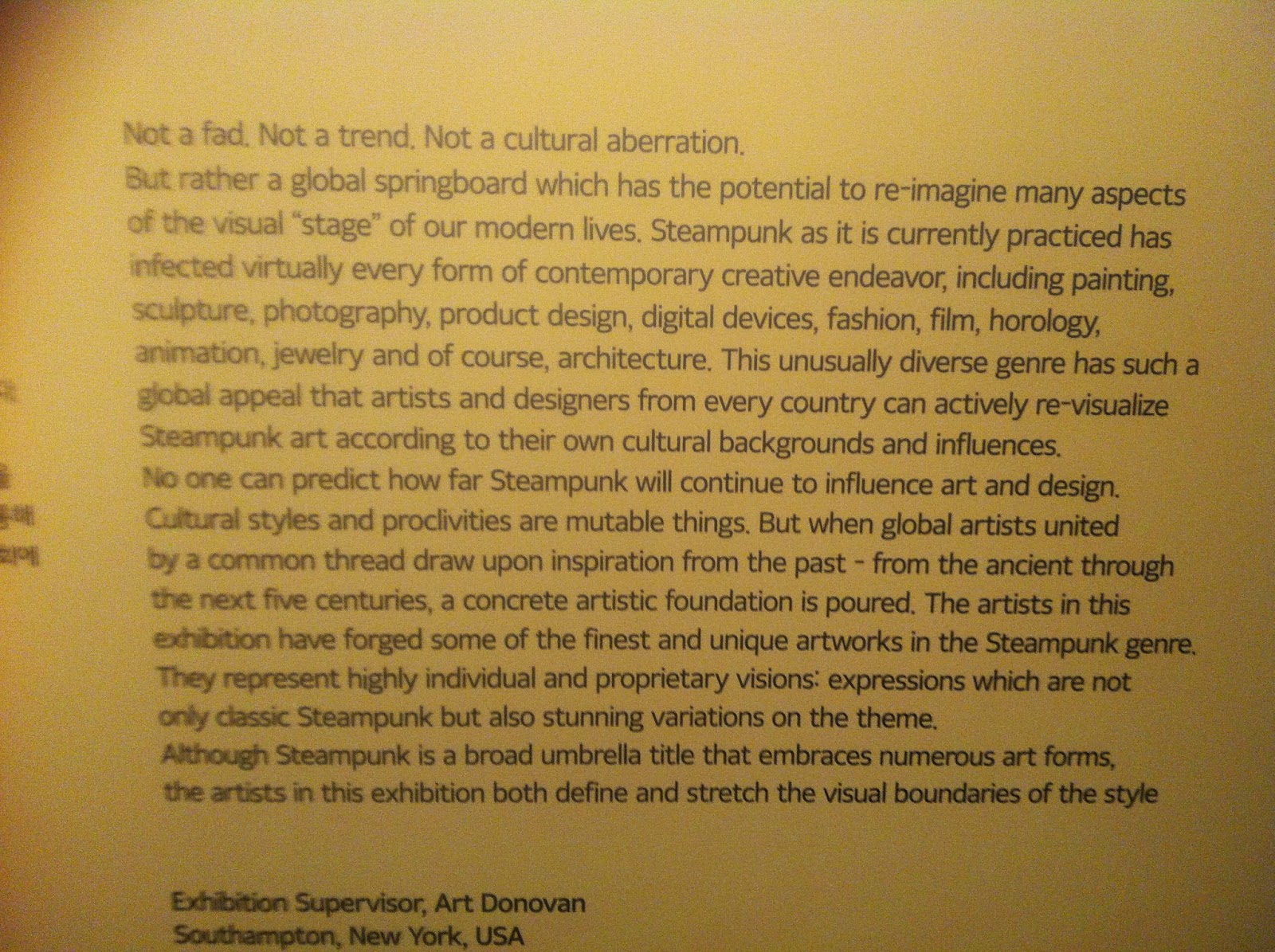 Here indeed is a sampling of what may be found at the gallery in Seoul. It starts with wonderful introduction into Steampunk art. 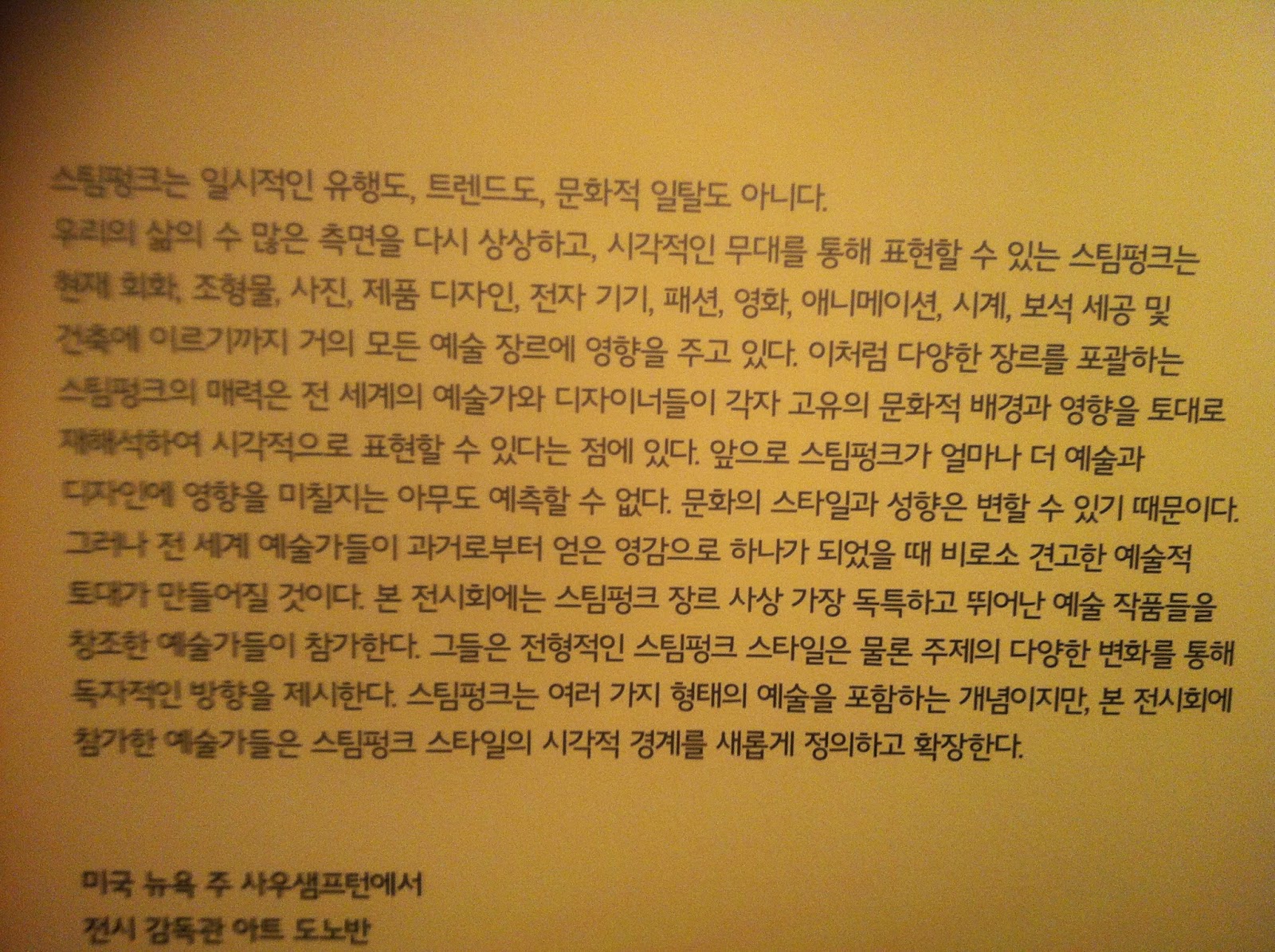 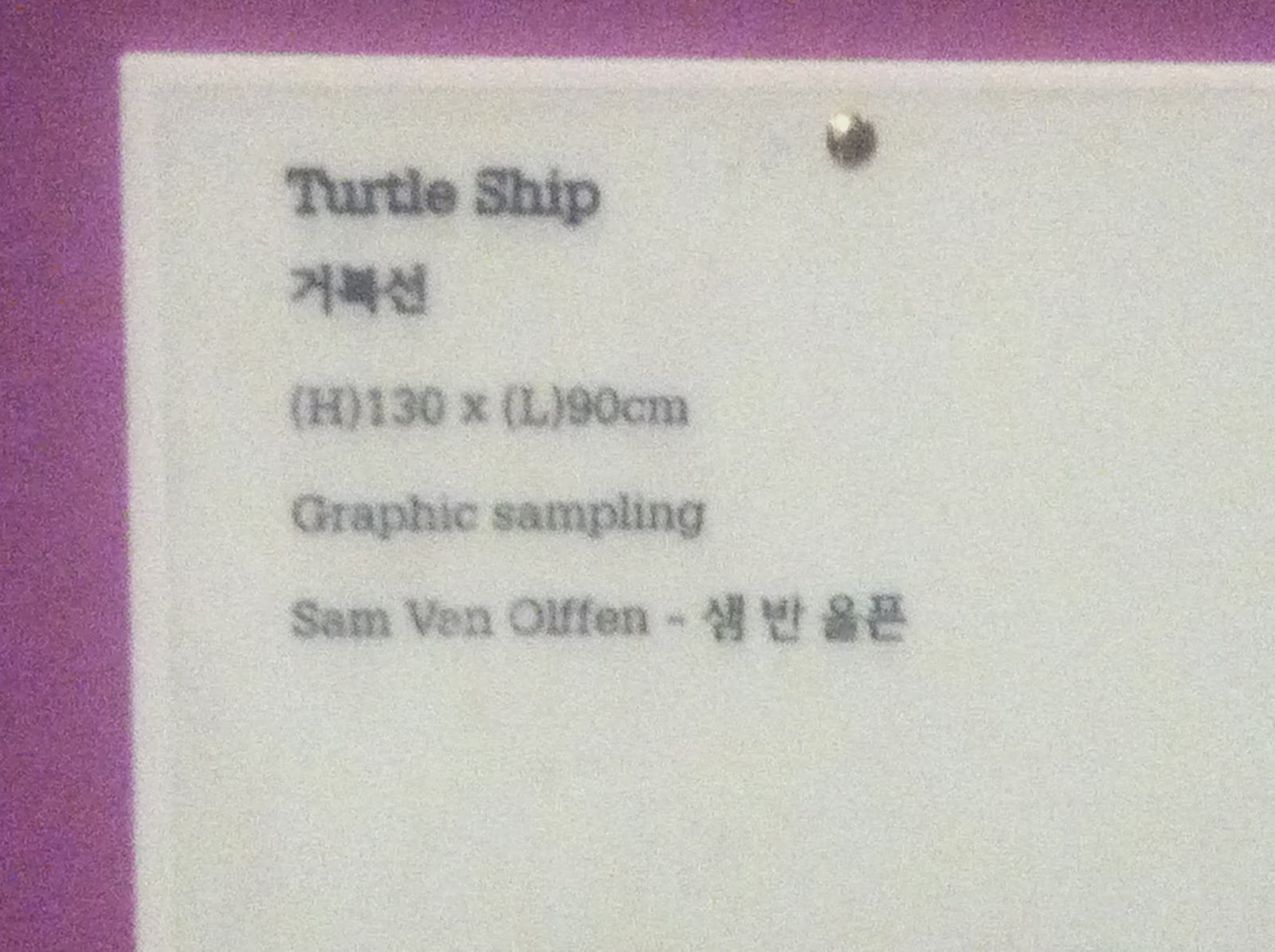 Well worth the price of admission is Sam Van Offenn's Turtle Ship! Sorry, no spoilers here 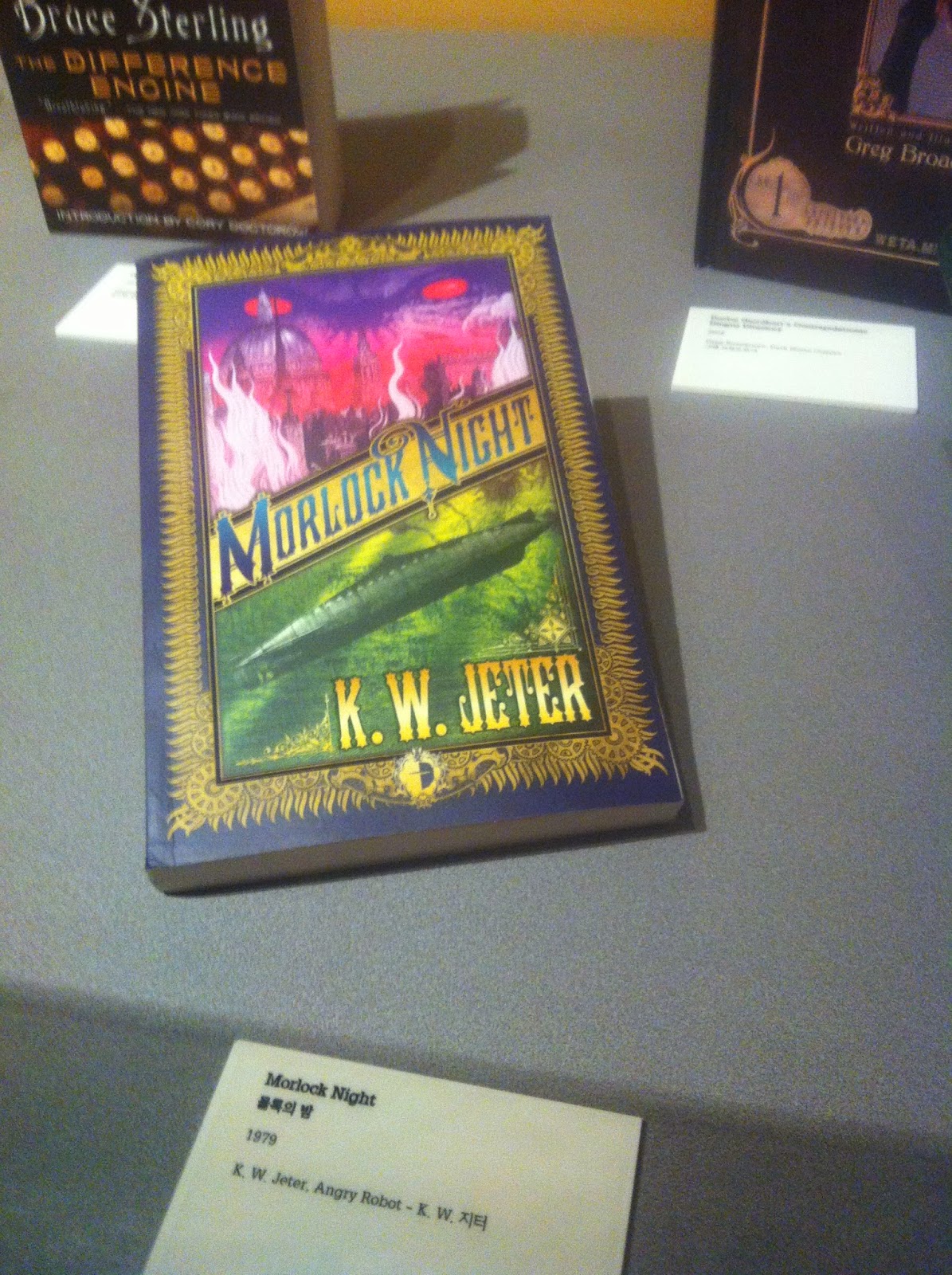 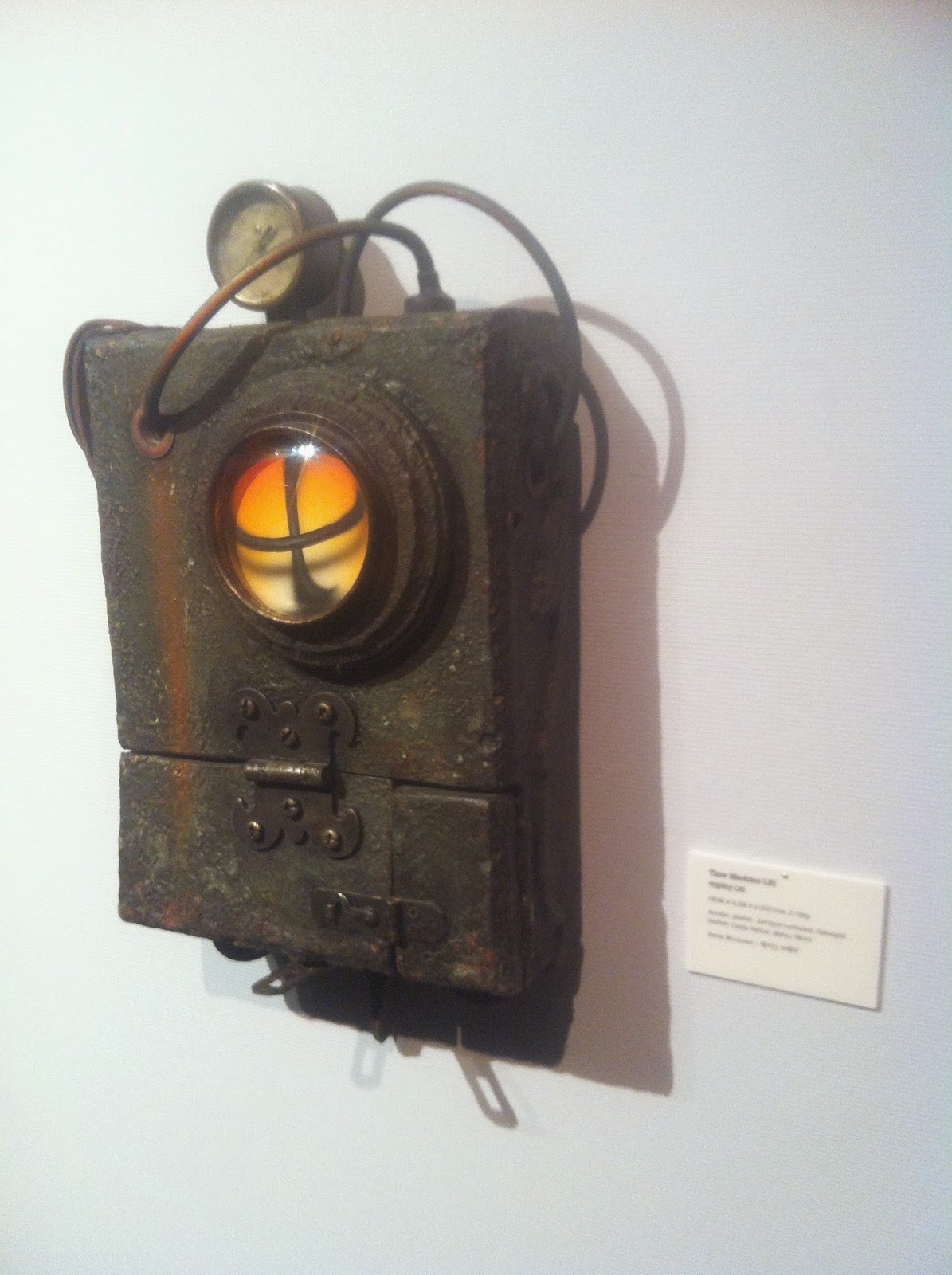 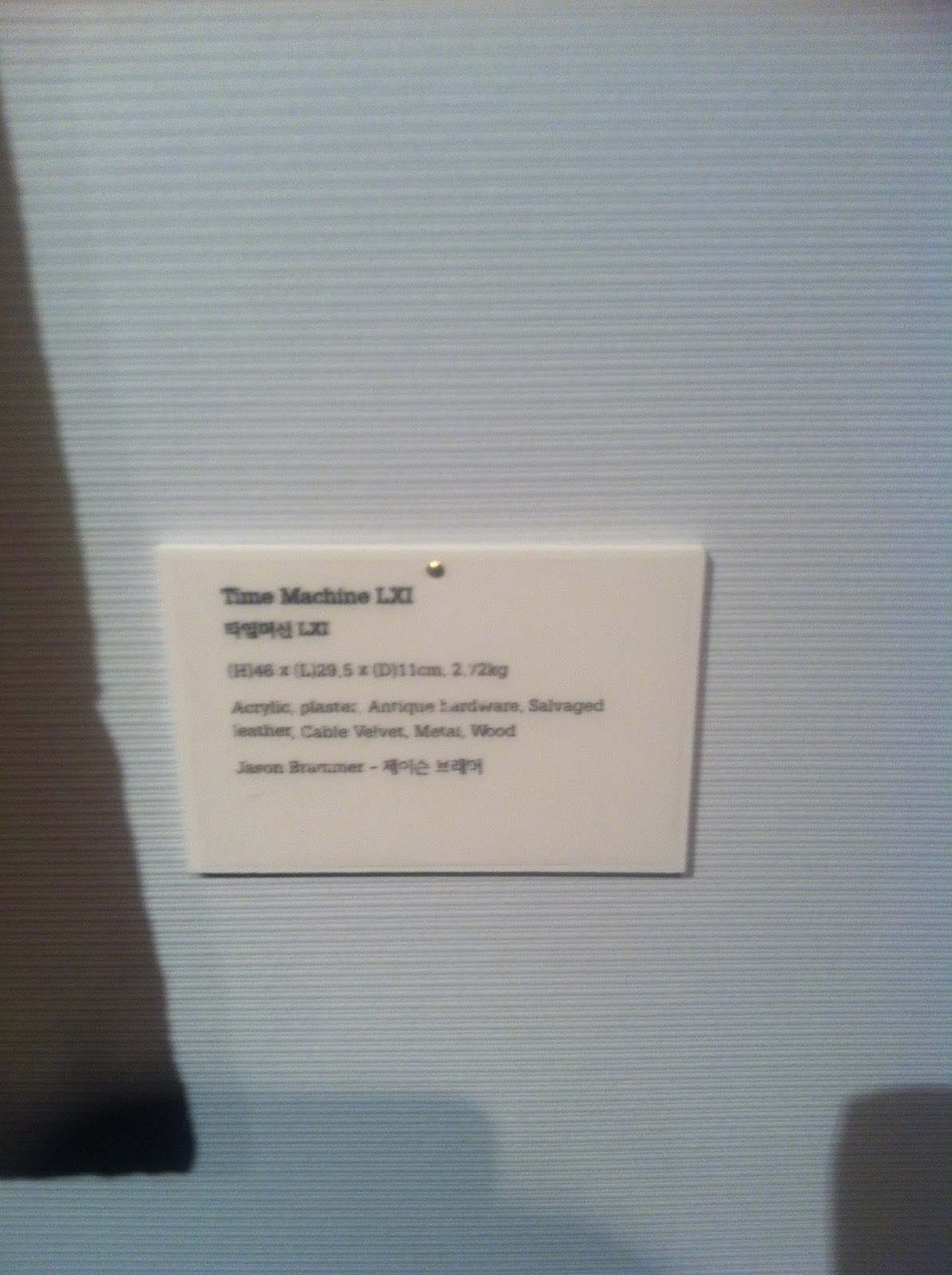 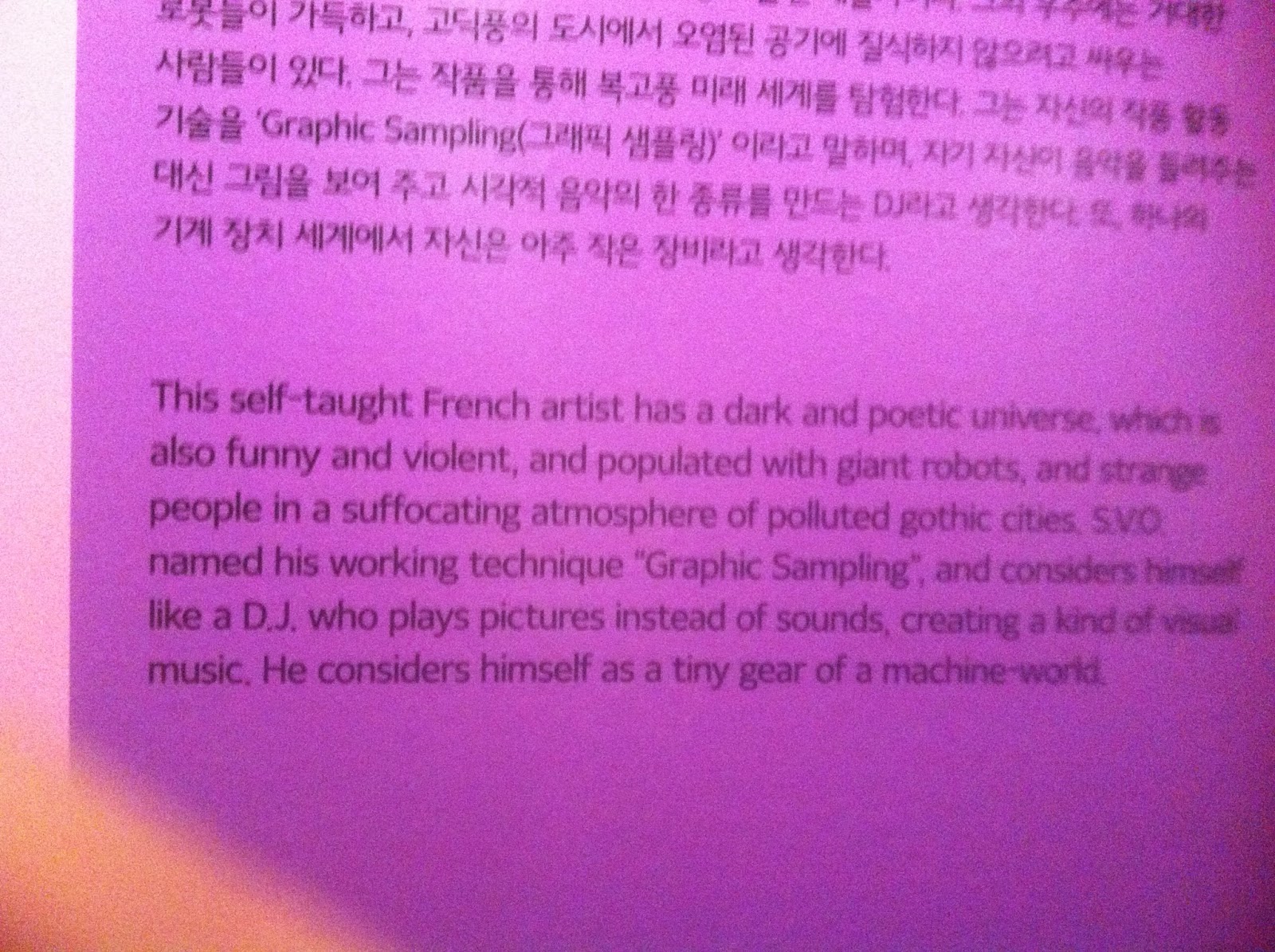 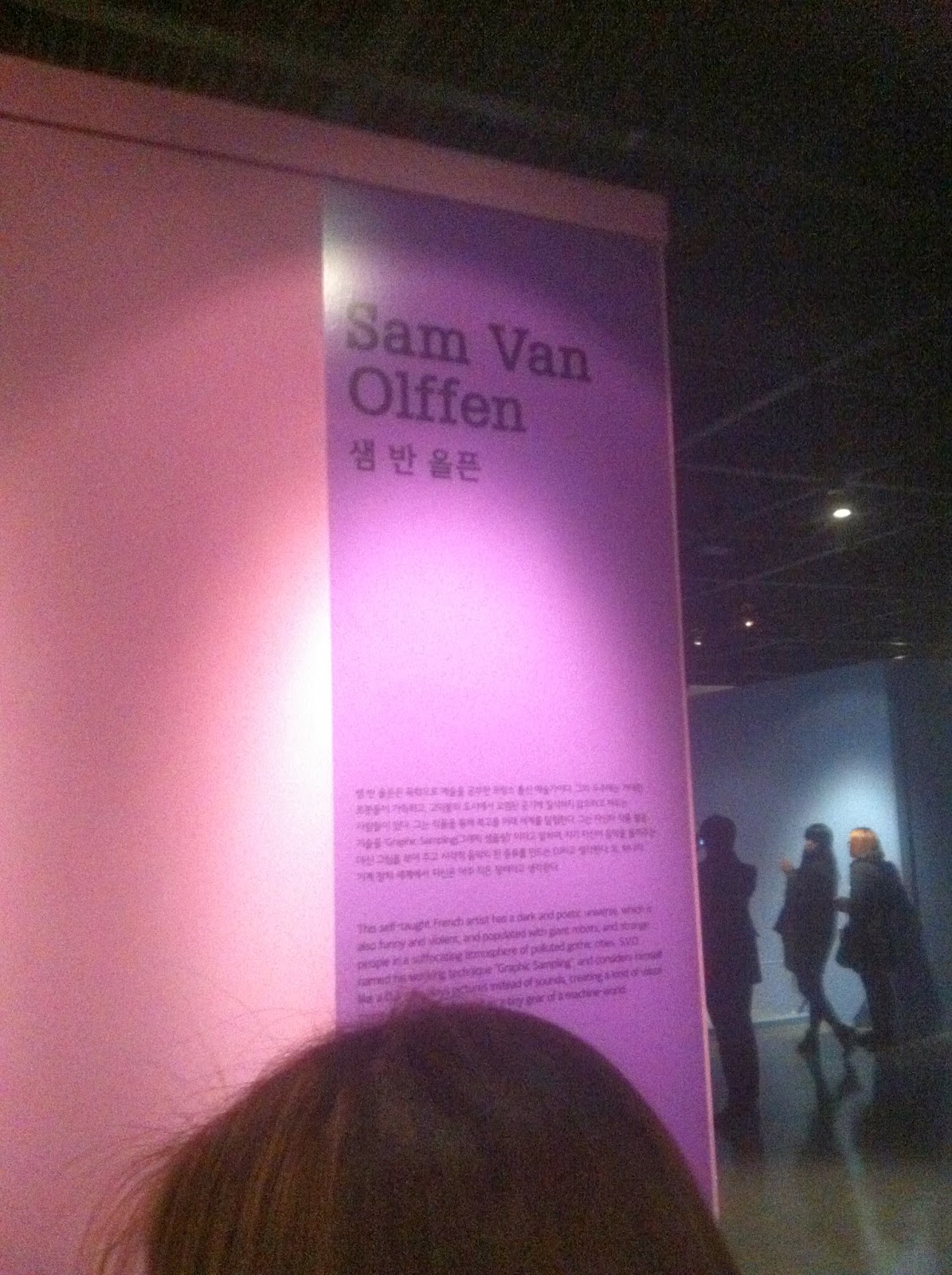 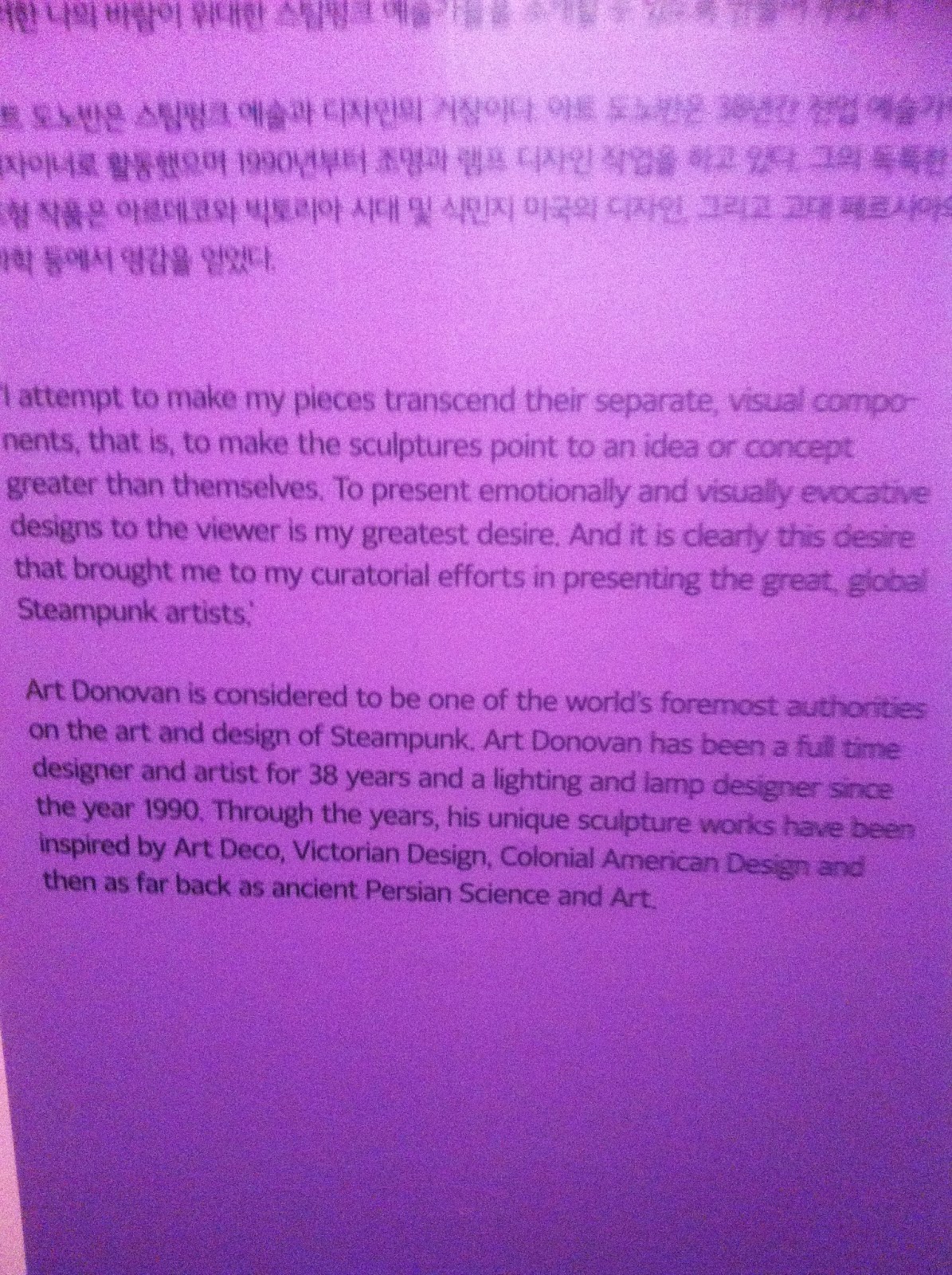 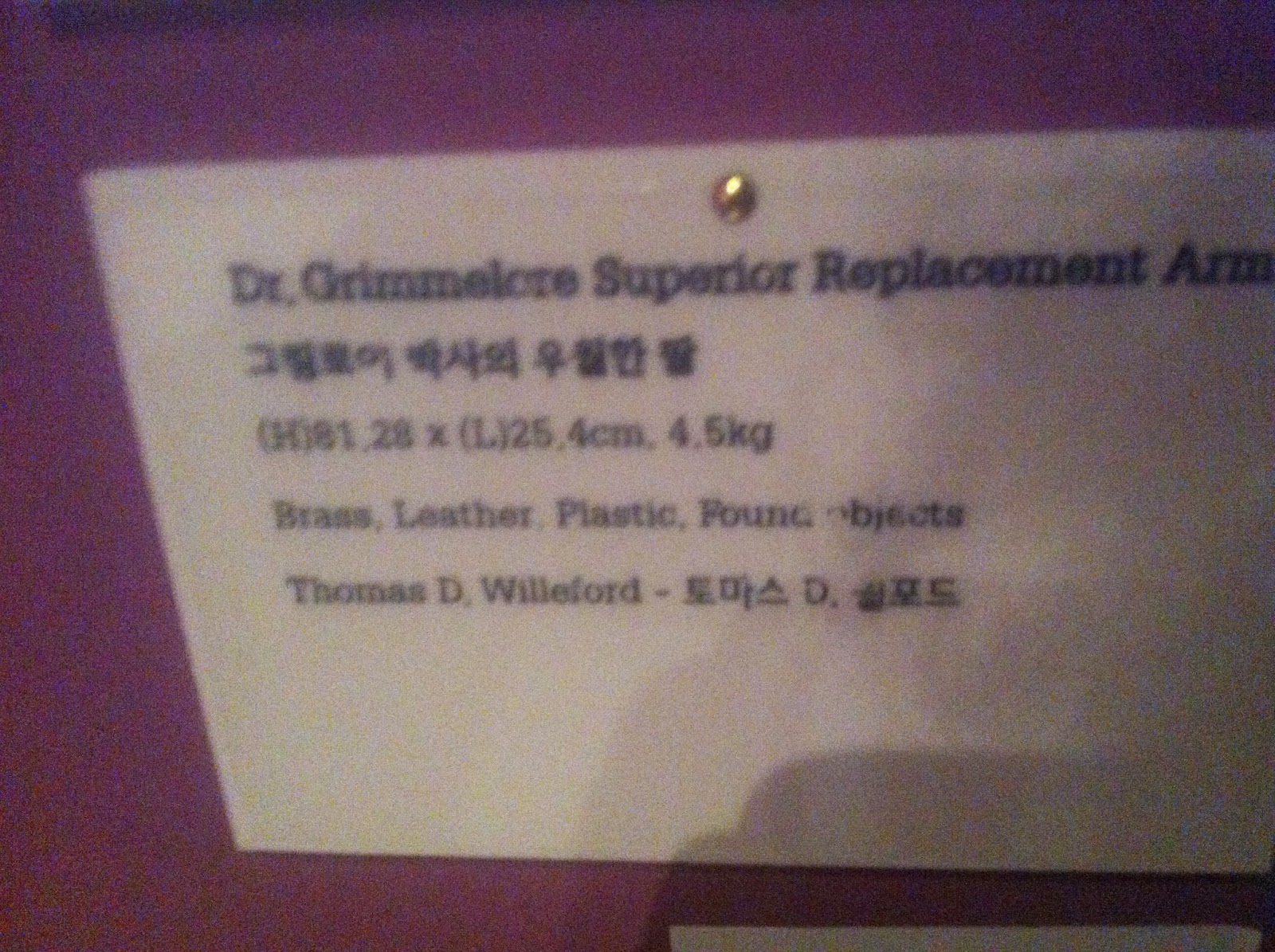 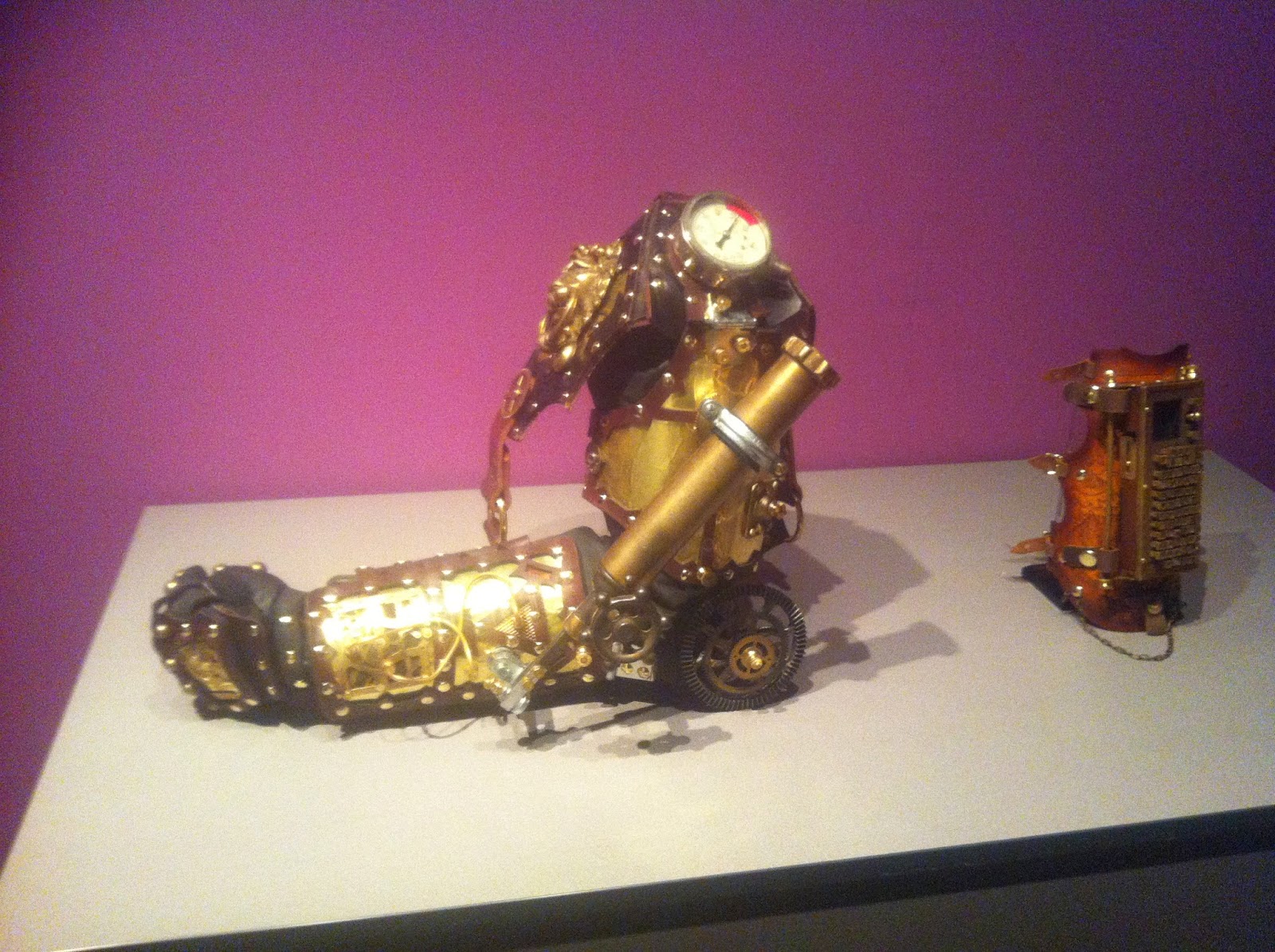 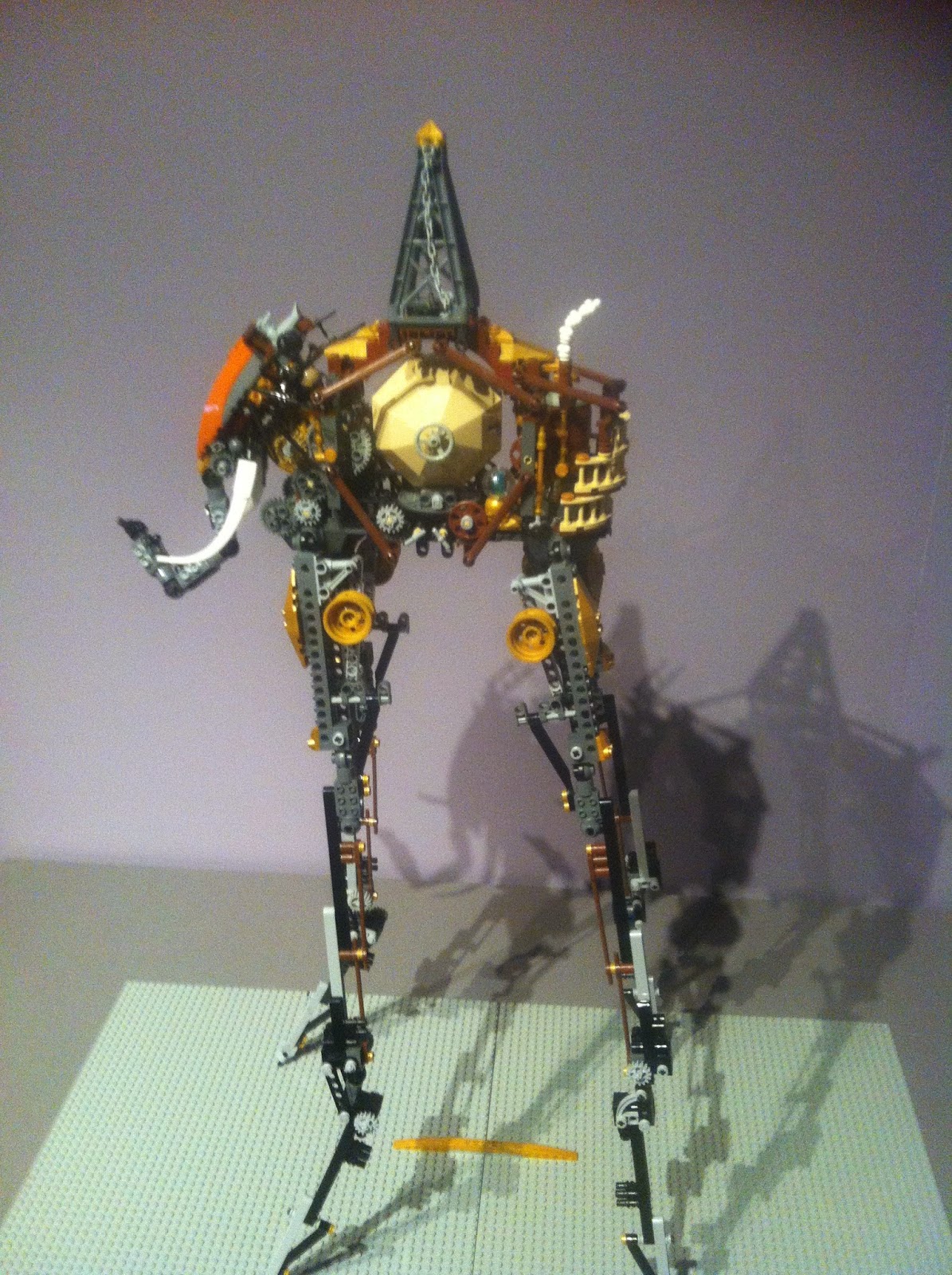 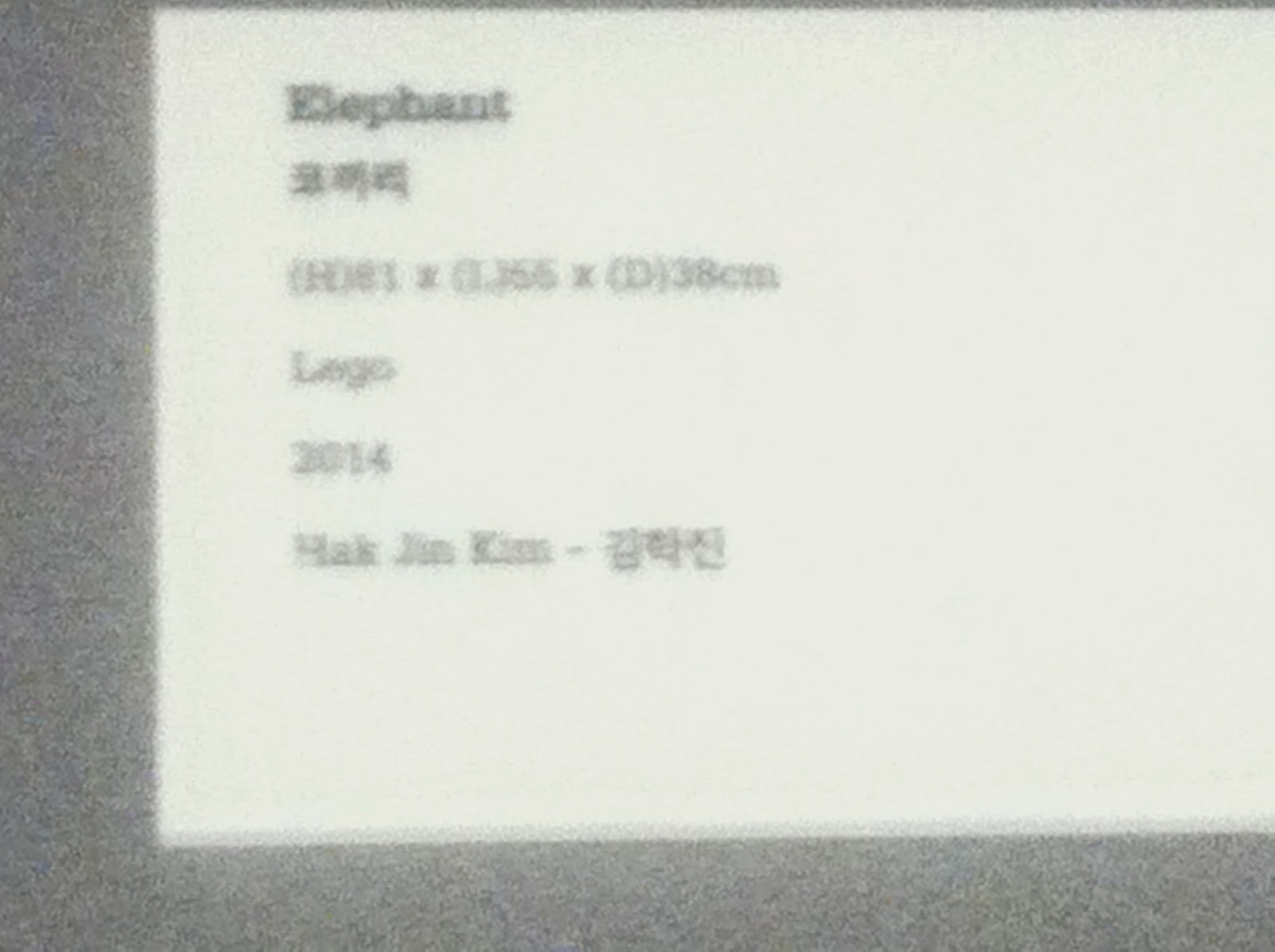 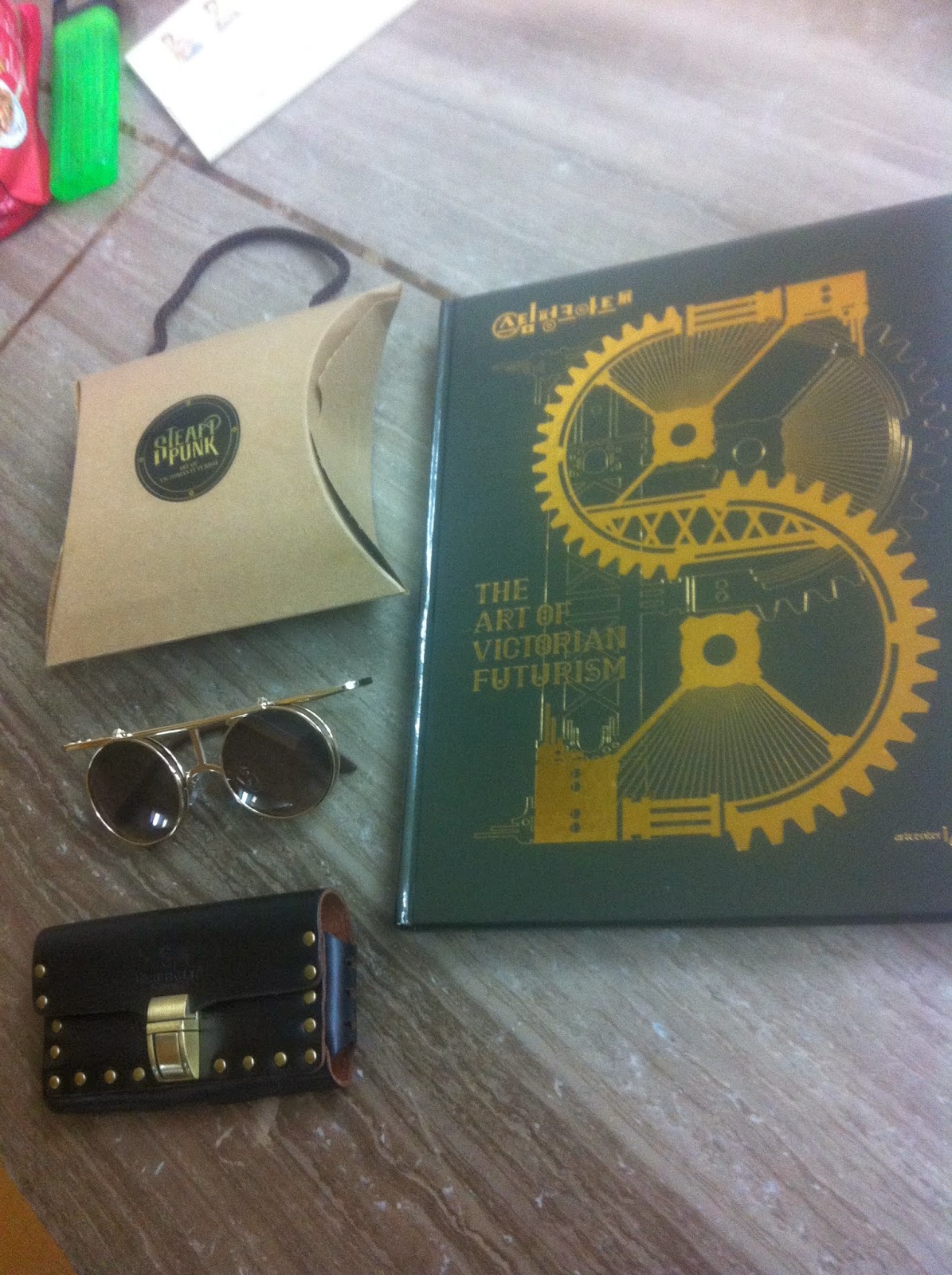 Some of my loot from the gallery. A gallery book showing all the art from the show. A pair of steam punk style flip-up sunglasses. And a brown leather steampunk style I-phone case.

However, I bought the case near the Chungaechung stream from a street vendor for 10,000 won. Steampunk style : it can be found if one only looks carefully enough.
Until then,
Stay slightly starched and techno savvy.
MWT.


Posted by Matthew Thivierge at 8:26 PM No comments:

This weekend I shall be taking the KTX train north to Seoul for its Steampunk Art Unfurled: Art of Victorian Futurism.

The showing will take place across from Seoul National University. Do click the Bing Map link to see the location.

The event will take place from this March 8th until May 18th. I have been told they will have daily tophat making classes there. Admission tickets cost around 12,000won ($12USD). More details can be found via the Art Center IDA website

In a few weeks time I shall post my own pictures of the event. Although many photos of the event prep can be found via their steampunk art 2014 Facebook site.

Until I return to my drawing room in Busan
Do sTay lightly starched and techno savvy,
Ever sincerely,
MWT.
Posted by Matthew Thivierge at 9:24 AM No comments:

In the case you have not caught it yet, there is a Chinese steampunk Kung-Fu movie available for viewing on DVD called Tai Chi Zero. One may find it Amazon.com. Do see the Tai Chi Zero 'Trailer' on the You-tube.

Coming soon to select theaters is the second installment Tai Chi Hero involving a cannon attack on a village and various flying contraptions of a steampunk nature. Delightful promotional matters for which may be found here : Tai Chi Hero Trailer. Do cast your eyes on the poster for Tai Chi hero to be found below. I must say that is a rather fine top hat he is sporting!

Till next time,
STay lightly starched and techno savvy,
Ever sincerely,
MWT. 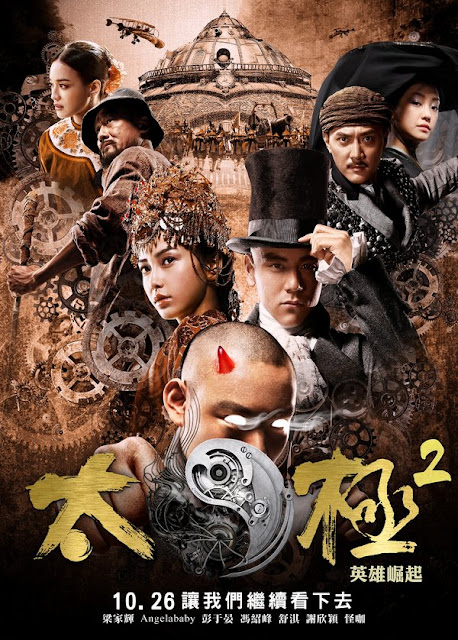 Posted by Matthew Thivierge at 10:16 PM No comments: 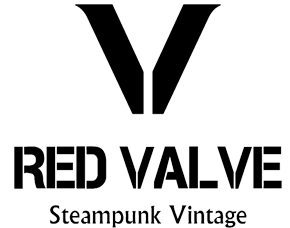 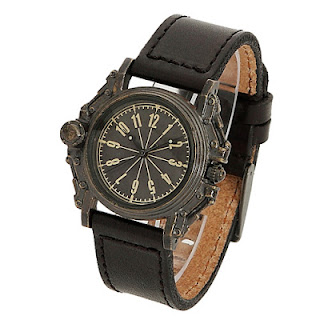 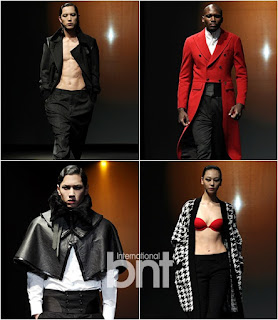 Posted by Matthew Thivierge at 12:50 PM No comments:

It has recently come to my attention that there has been an event of some gravity held as of late in Tokyo:

The event was put together by a group called Tokyo Steam Garden. The group is comprised of Captain Kenny Creation, Philosopher Luke Chaos, Airship Technician Sa-Kyo, Medic Misa, Navigator Fiona, Princess Dani, Dolls, Green Fairy, Shisha and Boss the bird. They are also accompanied by Masters of Clockwork who sell various scientific gadgetry to patrons and supply Steam Garden with their various mechanical contraptions.
Posted by Matthew Thivierge at 10:30 PM No comments:

Here in the Orient the gentle buds for white tea have been picked and of late, green tea has come of season.  We of the orient are well aware, upon scoping out the looming clouds that rainy season is soon to be upon us bringing the occasional typhoon.

At my window on the 17th floor overlooking the East Sea I pondered while I pressed my own fighting trousers. Khaki 'capri pants' as they are called in the Occident. In the interim I was to be found in my Yukata watching the latest sumo matches and getting much in the fighting spirit of the season.

Thus it was with much relish my eyes have, of this night, fallen upon a 2011 article entitled The Problem With Asian Steampunk. The author, a Mr.Jeff Nevin was lamenting the lack of variety in those 'portraying' Asian characters stating that there were only "Samurai, Ninja and geisha" to be found. Perhaps he has been only looking in the west. I ask you, members of the East Orient Steampunk Society at large : has he come to our Orient? Could he be right?

Mr Nevin is quick to remind us and that, "Pirates, submarine captains, hard-boiled reporters, female private detectives... these are all part of east Asian history and popular culture in the steampunk era".
He ends exhorting us to a greater creativity with, "Steampunk writers and cosplayers, expand your horizons!"

In this blog I intent to take Mr.Nevin to task on the issue proving that there is variety to be found and due much credit in steampunk society of the East Orient. Indeed, even a cursory search of the Internet has provided me with a few artists and even an English language steampunk author living in Korea writing Asian oriented steampunk novels.

Thus I am to don my Canadian Tilley hat and yellow trench coat and strike out in upcoming months to find and report on this animal that is East Oriental Steampunk Society.
Best wishes,
--MWT.
P.S. alas, _another_ night of fireworks in the neighbourhood.

Posted by Matthew Thivierge at 9:01 PM No comments: